Why not book with us at Easter, for 4 nights accommodation or more booked between 1st and 30th April we are offering a free 3 course evening meal for your group.
We are having a Easter egg hunt for all the children on Sunday morning, 5th April which is always great fun. The eggs are well hidden in our secure grounds which usually allows the parents to enjoy a leisurely Easter breakfast. Baskets are provided!
There is plenty of events happening in the Dordogne Valley at Easter time so why not benefit from the low season prices and plenty of activities. 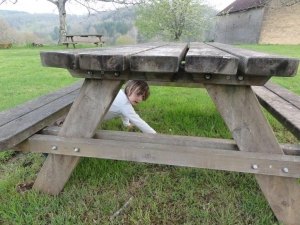 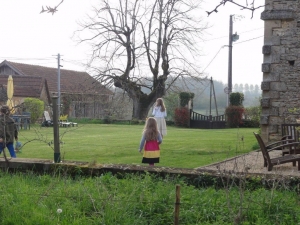 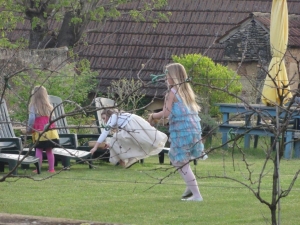 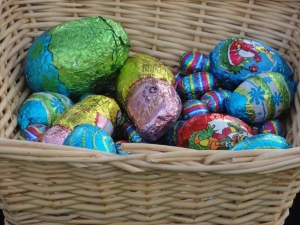 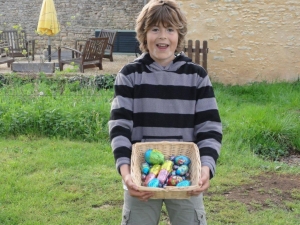 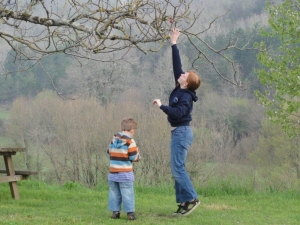 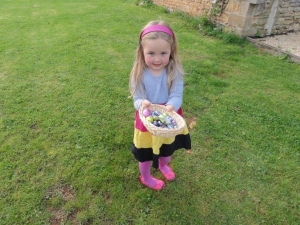 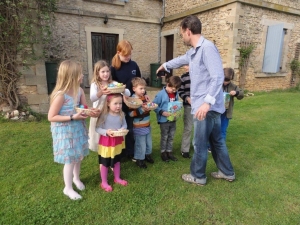 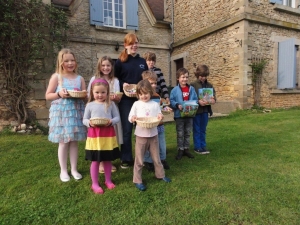 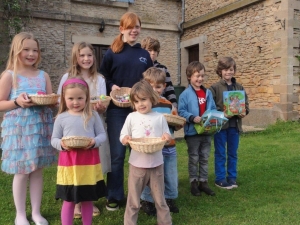 An egg hunt is a game during which decorated eggs, real hard-boiled ones or artificial ones filled with, or made of chocolate candies, of various sizes, are hidden for children to find, both indoors and outdoors.

Real eggs may further be used in egg tapping contests.

In the North of England, at Eastertime, a traditional game is played where hard boiled pace eggs are distributed and each player hits the other player’s egg with their own. This is known as “egg tapping”, “egg dumping” or “egg jarping”. The winner is the holder of the last intact egg. The losers get to eat their eggs. The annual egg jarping world championship is held every year over Easter in Peterlee Cricket Club. It is also practiced in Bulgaria, Hungary, Croatia, Latvia, Lithuania, Lebanon, Macedonia, Romania, Serbia, Ukraine, and other countries. They call it tucanje. In parts of Austria, Bavaria and German-speaking Switzerland it is called Ostereiertitschen or Eierpecken. In parts of Europe it is also called epper, presumably from the German name Opfer, meaning “offering” and in Greece it is known as tsougrisma. In South Louisiana this practice is called Pocking Eggs and is slightly different. The Louisiana Creoles hold that the winner eats the eggs of the losers in each round.

The central European Slavic nations (Czechs and Slovaks etc.) have a tradition of gathering eggs by gaining them from the females in return of whipping them with a pony-tail shaped whip made out of fresh willow branches and splashing them with water, by the Ruthenians called polivanja, which is supposed to give them health and beauty.

Egg rolling is also a traditional Easter egg game played with eggs at Easter. In the United Kingdom, Germany, and other countries children traditionally rolled eggs down hillsides at Easter. This tradition was taken to the New World by European settlers, and continues to this day each Easter on the White House lawn.

Different nations have different versions of the game.

Egg dance is a traditional Easter game in which eggs are laid on the ground or floor and the goal is to dance among them without damaging any eggs which originated in Germany. In the UK the dance is called the hop-egg.

The Pace Egg plays are traditional village plays, with a rebirth theme. The drama takes the form of a combat between the hero and villain, in which the hero is killed and brought to life, The plays take place in England during Easter.

In some Mediterranean countries, especially in Lebanon, chicken eggs are boiled and decorated by dye and/or painting and used as decoration around the house. Then, on Easter Day, young kids would duel with them saying ‘Christ is resurrected, Indeed He is’, breaking and eating them. This also happens in Greece (where the eggs are painted red). In Easter Sunday friends and family hit each other’s egg with their own. The one whose egg does not break is believed to be in for good luck in the future.

In Germany, eggs decorate trees and bushes as Easter egg trees, and in several areas public wells as Osterbrunnen.

In Egypt, it’s a tradition to decorate boiled eggs during Sham el-Nessim holiday, which falls every year after the Eastern Christian Easter.

About the Author: Le Chevrefeuille

When we arrived at our new home, we had a dream to create a place in which we would wish to stay; a professional couple with a small child, we missed staying in accommodation which catered for us as a family taking into consideration that we wanted an occasional night out without our children, we wanted good food, we wanted to cater perhaps for our children, put them to bed and then be able to enjoy an evening without them. We wanted a safe environment, a peaceful setting but with ample things for our children to do without us. We wanted the ability to watch over our children from a distance with a glass of wine, a book and preferrably on a sunlounger. With these requirements in mind we built our business. With two children of our own, Alice 6 and Adam 13 who love the constant source of new friends and new experience, to attract families was priority.